I wasn’t going to post again until I was on the plane, but there have been Updates.

We had proper snow Friday night, and everything looks all Wintery!  It’s New York, and it normally wouldn’t last long, but Carpe Diem and all that. 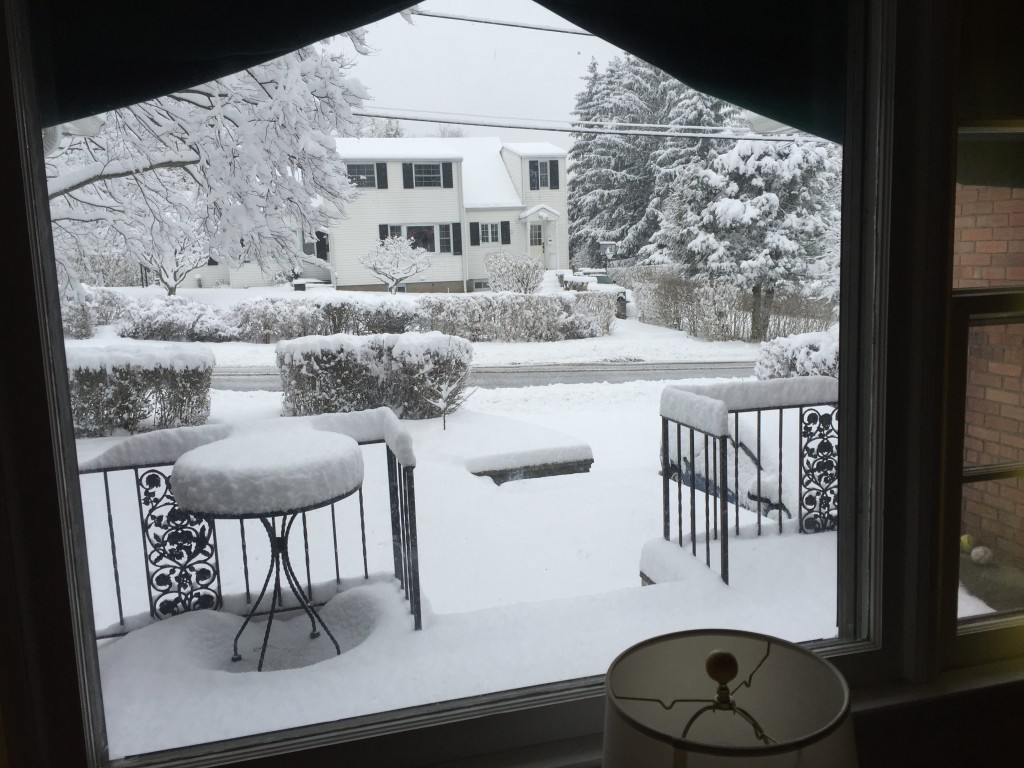 The front yard, in all its Natural Wonder.

Wait, did I say it wouldn’t last long? 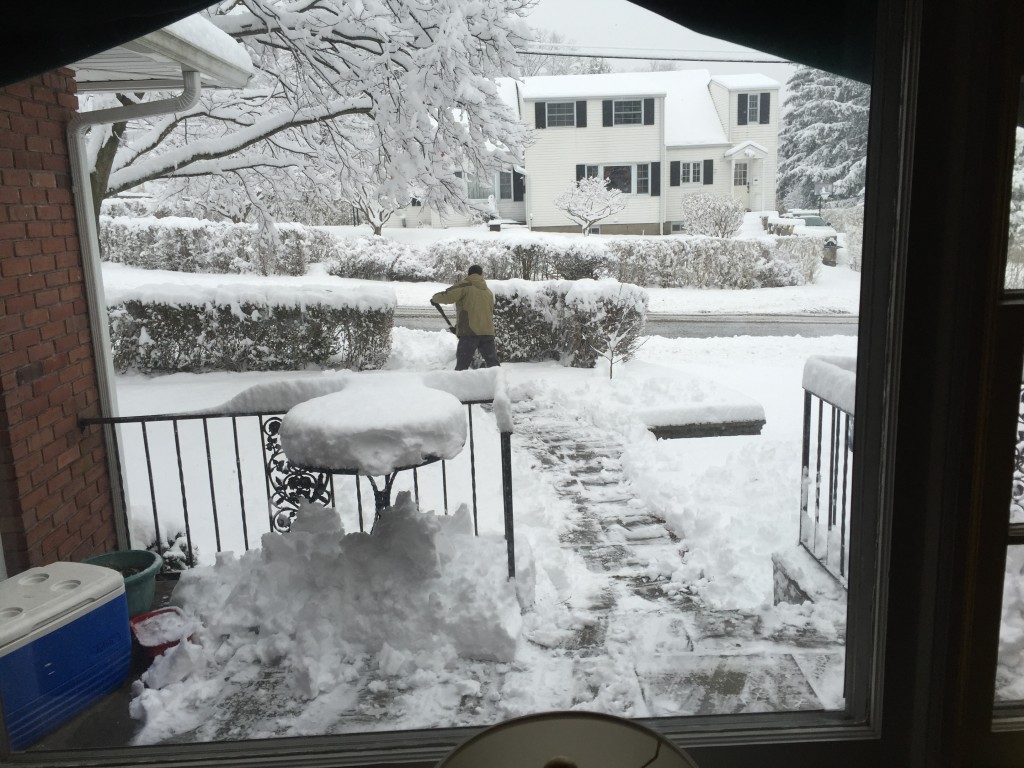 Brandon hates Natural Wonder in all its forms

I got a haircut on Sunday at Brandon’s barber shop in nearby Katonah — a proper barber shop with four old guys doing industrial-machine-speed work on anyone who walked in.  There was an open chair and barber when I arrived, so I took them. I was going to tell my guy to use a #2 shear on the side and trim it longer on top, as I normally have it done, but I didn’t have to.  He looked at my hair and said, “#2 on the side, and trim it on the top?”  I agreed, stunned and amazed at his perspicacity, and he proceeded to give me the fastest haircut I have ever had in my life, moving the shears like a buzz saw across my head and then trimming my eyebrows and boom I was out of there, for $15 and a $5 tip and it looks great.  The man was awe-inspiring, and I will treasure this memory until the end of my days.

Apparently, a *major* blizzard is bearing down on the northeast tomorrow.  I don’t know yet if it will affect my flight on Wednesday night or not — it should all be over by mid-to-late Tuesday, but who knows what the aftereffects will be like?  I had an appointment for the second round of vaccinations on Tuesday in the city; I was able to call today and get it moved to tomorrow at 1:45pm, just as the snow is really getting down to business.  But I should, hopefully, be able to get the vaccinations and get back on the train before things get bad.  The blizzard will be worse in New England than it is here, but they’re warning about possible power outages and the like.  So I really don’t know how this is going to go.

As long as I can take the train back to the city and JFK late-ish on Wednesday afternoon, I should be fine, and if the airline delays my flight, it won’t kill me.  (It’s not like I have to show up to work the next day.)  Anyway, if you don’t hear from me, don’t worry.  I’m just buried in a snow drift somewhere, and reincarnating someplace warmer.  I’ll be back in touch as soon as the new parents leave me alone with a computer.

Side note: as I write this, the 8 year old twin girls are singing their favorite song from Galavant, that I linked to a couple of posts ago:

As I hear this song sung in their adorable little  voices, I realize that my job here is done.  🙂

One final note: I went through the subscriber lists and turned on everyone’s e-mail notifications, to fix the problem that I described in the last post and save folks a bit of bother.  It *should* all be good now.  Just let me know if any of you still aren’t getting the notices.

4 Responses to Winter Is Coming